The Toughest Market Ever

2017 - The Toughest Market Ever for Rent Reviews and Lease Renewals?

Having represented Landlords and Tenants for over 40+ years on Commercial Property Rent Reviews and Lease Renewals, we rarely had to resort to Arbitration or the Courts respectively.

- 3% of cases went to Court (often on a Legal Argument as a Preliminary Issue);

- Less than 6% went all the way to Arbitration or Expert Determination (some settlements were agreed after Representations were made). 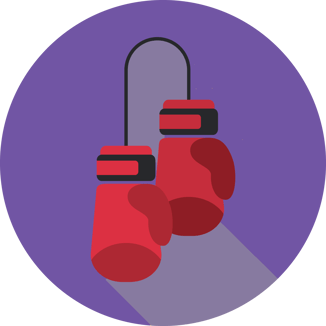 What is going on now?

We predict that over 10% of Reviews in 2017/2018 will have to go all the way to Expert or Arbitrated Determination, plus, perhaps, more than 3% to Court.

Where is the market?

Landlords and Tenants see rents so differently, because evidence is scattered all over the place. Mayfair/St James office deals range between £120 sq ft and £90 sq ft at the top end of the market, and the secondary market has similar gaps between £70 and £50 sq ft.

- Open market Lettings have been struck on vastly different terms for similar space;

- Review settlements that rely on the evidence have also been settled at widely varying levels.

Why has this happened?

Political uncertainty has created economic neutrality and even optimism in some people, and pessimism in others.

Some Brexiters think that the market is just about to boom, and thus far the effect of Brexit on the Central London office market hasn’t been noticeable.  Others – “Remainers” - think that Armageddon is just around the corner, and are incredibly pessimistic.

And it is not just Brexit that has affected confidence.  Trouble in Syria and the rest of the Middle East affects the economy, Donald Trump’s ability to run the United States is under greater scrutiny, and a Parliament with a small majority, all fuel concern.

Who knows what the real office demand in the UK from Overseas Companies will be, and whether the Banks are really going to cut down on their space?

Who knows whether we will have a soft or hard Brexit or even “No Deal” at all?

These factors have created the widest divergence of opinion since the 1970’s. 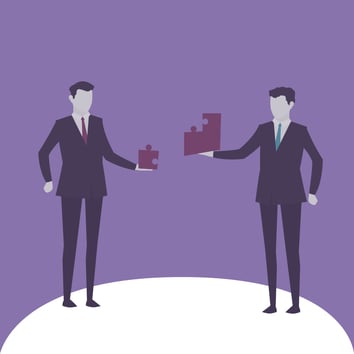 What is the strategy for a successful settlement?

If your opinion of rental value is more than 10% off, what the other side are proposing, then one of you is wrong, so, scrutinise the evidence, very carefully, to make sure it is not you.

Get your timing right

A Rent Review or Lease Renewal can take between 3 and 9 months, if not more, to settle.

If the market is improving then Tenants’ should put their foot on the gas, and if it’s falling then they should vanish off the face of the earth until close to the date of the Court Hearing.

Get your team right

There is a real shortage of skilled Rent Review and Lease Renewal specialists because in every down market – 2009/2012 being a typical example, there is no Rent Review work, because reserved rents exceed market rents and rent reviews are “upwards only” so Surveyors in these Departments move on to pastures new.

Make sure you choose an experienced Advisor who understands the wider implications so they can get the best deal possible.

There are only about 20 premier division experienced Advisors in this field covering the whole Central London market.

There is no substitute for experience.

Understand your product, since a Rent Review or Lease Renewal settlement is based on:-

a) The detailed specification of the property;

b) The comparable evidence in the locality;

c) Lease terminology, an onerous clause can bring down the rent, whereas a favourable lease can increase it.

Each comparable must be compared with the subject to establish its value from solid evidence.

The Rent Review and Lease Renewal is the one time when Landlords, and Tenants have to talk to one another, and this is a time when asset management opportunities can be included as part of a settlement.

The Landlord may want to insert a redevelopment clause, the Tenant may want breaks or a longer or shorter lease and even for the Landlord to pay for improvements to the premises.

Rent free periods can sometimes be gained as part of a settlement.

All asset management opportunities are open to discussion, and, at least 40% of our cases include changes in the relationship between the parties.

Rent Reviews and Lease Renewls are not straightforward and because of the divergence of rental opinion between Landlords and Tenants, 2017 and 2018 will be litigious years.