The Serviced Office Market, Its Future and What Next?

Over the past 7 years, we have experienced the meteoric rise of serviced offices and co-working Operators, such as WeWork, The Office Group and the like, taking long term leases and buying freeholds. Thus, putting another layer on the market as we know it.

Previous to this, long term leases inside the Landlord and Tenant Act were the fashion, with break clauses only having been incorporated to any great extent since the 1989 - 1994 property collapse, because many Tenants found themselves in over-rented premises.

Flexibility is one of the ingredients on every Tenant’s wish list and there is enough demand presently from "one-man-bands" and upwards to satisfy the driving demand for serviced and co-working offices, within the central London market.

I am not, myself, a believer that there is any real competition to the traditional office market, where Landlords grant conventional leases to Tenants. The case being that the co-working Operators themselves, are taking the longer-term leases before offering their licensee's flexibility. 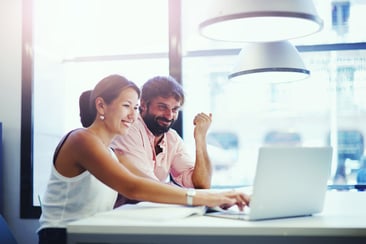 Generally, serviced offices or co-working space is taken up by small companies, or those requiring absolute flexibility. Projecting forward say 3-5 years, as their business expands and their need for more space increases, this is where the traditional market comes into play.

Existing investment strategy values, the longevity of income and creating asset value, will continue to be desirable to any growing business, starting off in serviced or co-working space.

In short, many business Occupiers will always want their own identity. Ultimately, taking a longer lease from a traditional Landlord, which is 30-40% cheaper, is better than paying the retail price to what is really a middle man.

We have been through all sorts of economic uncertainty, not in the least Brexit, which has fuelled an exodus to short term premises, even for larger companies, who have delayed major relocation plans.

Once the dust settles (I predict it will take 2 years for it to settle, whatever the result of Brexit, and even longer perhaps if we go it alone), the traditional market will come back in full force, but this will not be at the demise of the serviced office market.

Trading under the Brexit cloud for the last 3 years, the Commercial market in central London has defied gravity. In fact, across the central zone, rents are now higher than they were before the Brexit vote.

So, where do the serviced office and co-working sector go next?

Well, why not hit the industrial market? Splitting up these empty buildings, for small Occupiers in need of space, into more commercially orientated units rather than self-storage Occupiers, could be the next step. Creating an atmosphere where people work in buildings which are suitable for a purpose, by breaking up large industrial units which stand empty all around the country, and establishing small workshops and workplaces.

The local amateur Carpenter, Artist, Dressmaker etc., might want a flexible work station. Think of the employment it could bring about having all of these Tenants, and the like, all under one roof.

In the longer term, let’s cast our thoughts to the shopping centres which have come to the end of their useful lives, all around the country. It is nobody's fault, just that shopping habits have changed so radically.

The only criticism that can be drawn from this is that too many shopping centre Owners rely on an anchor Tenant, and too much of the same thing, forgetting that you have to "bring in the footfall" in other ways.

With that in mind, every parent gets dragged out to the funfair, firework displays, bowling alleys, ice skating rinks, and the like. I am sure that perhaps flexible space which incorporated leisure, retail, residential and workshops into one vicinity, would attract more interest.

Most people live close to town centres, and would welcome a shopping centre that was exciting to go to.

The next billionaire will be the guy who works out how to "fill the box", and I think flexible offerings from a month to a traditional lease, will be key to doing just that.